Showing posts from February, 2021
Show all
February 04, 2021
Why did I leave the company that I spent 10 years building? The short answer is that I was forced out.  I started the Fillo Painting with my father.  We never made up a contract, we didn't have an operating agreement. It was informal because I trusted that my father would respect his word.  He, like many other people, is honest in that they believe that they are honest.  When they do something that goes against that belief they rationalize that for some reason or excuse "technically" they are still being honest.  My father did this by promising me ownership but later rationalizing that he had meant as an inheritance.  I had understood a 50/50 partnership, why else would I take part in it?  . We continued in business for 10 years.  Every bit of that time I was working hard to build the company up and at every turn he was either hanging back refusing to participate in planning, even when I would repeatedly invite him to strategize with me, or he was hanging out taking it
Post a Comment
Read more
February 02, 2021 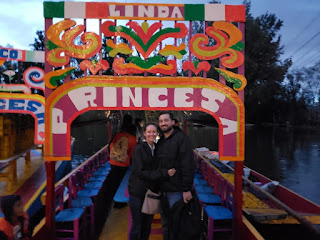 The island of the dolls The creepiest place on earth according to some people I had a chance to visit the island of the dolls, I was there for the Day of The Dead celebrations in mexico in 2019… Now this visit wasn’t planned, we ran into this place completely by chance. The place that we wanted to visit was a place called xochimilco… For you to understand what xochimilco is like I’d have to give you a little history.  The city of mexico used to be the Aztec capital of Tenochtitlan. This was a city built on a lake..there is a whole legend behind why the city was built on a lake.  When the spanish came, most of you know the story, they conquered the city, took it over. Drained the lake.  But there is still remnants of the lake and the last few canals that the aztecs used to take to the center of the city are in xochimilco.  We went there looking for a boat… it's kind of shady, there are people trying to get you to sign up with them and they are pushy… We felt a little nervous about
Post a Comment
Read more

Yanover Blanco
I am diligent in my every day life and in accomplishing my goals. I am forever reaching for more. I am resilient in the obstacles I face and I confront them with a smiling countenance and optimistic heart and with courage and integrity. My delight is in helping others succeed and better themselves for a more bright and prosperous world. I never compromise my principles and hope to always be a light and example to others.